How many times have you heard the expression, “Age is just a number?” As a society, we often affirm that an arbitrary number shouldn’t control our lives. Age shouldn’t define a person or their destiny — what really counts is their attitude.

Members of the Motion Picture & Television Fund put this mantra into practice every day. Founded back in 1921 as the Motion Picture Relief Fund by the pioneers of early cinema, like Mary Pickford and Charlie Chaplin, MPTF has provided a critical safety net to the Southern California entertainment community for 100 years. The fund, established years ago, still holds true today. MPTF continues to provide comprehensive services for those that have worked in entertainment.

Thanks to the volunteerism and philanthropy of fellow entertainment industry members (along with kind donations from their supporters), MPTF helps more than 150,000 entertainment industry members with healthcare as well as retirement living at its elder care facility in Los Angeles. A huge part of successful eldercare is keeping seniors active and having them learn new skills as they age. This has been highly challenging, amid the global pandemic, but thanks to a big dose of creativity and the help of Adobe Creative Cloud tools, MPTF has managed to keep residents learning and keep them connected in the face of a virus that is particularly dangerous to older people.

MPTF’s internal TV station gets interactive with its show, Organized Chaos. At 12:30 on a Friday, members can call in or use Zoom to ask questions of industry influencers. This episode features Academy Award® winner Spike Lee & Best Actor nominee Delroy Lindo talking about the movie DA 5 Bloods.

See also  how brands can be technology-fluent

An internal TV station tackles the challenges of COVID-19

MPTF’s facility is about the size of a college campus, making it a sizable organization. With this in mind, it’s easier to understand how they’re able to have room for, and run, an internal TV station to keep their residents entertained, and to help them live a purposeful life as they age. Especially when you factor in who creates the content.

The TV station’s programming is created entirely by the facility’s residents. It’s also partially managed by them (the scheduling director is in her 90s). When COVID-19 struck, MPTF’s station staff had to quickly make adjustments to how they ran their operations to put safety first.

“When the pandemic hit, we realized all of the residents who normally would blow through the post-production suites, the studio, the makeup room, and the scheduling could not come to the station anymore,” said Jennifer Clymer, MPTF Studios director and executive producer. “We had to figure out, rapidly, how do we shift to still use the platform and give people a chance to produce, perform, and edit, without having them literally physically interact?”

An even greater need, and challenge, was in using the station’s efforts to combat loneliness and isolation. Because of the ensuing lockdowns, many of the activities at the facility enjoyed by the residents stopped. “When the campus shut down, no family visitation was allowed, communal dining stopped, and there were no recreational activities. People were feeling like they were in the worst kind of isolation, where they were afraid to go outside and walk around,” Jennifer continued.

MPTF’s show, Behind the Book with Hawk Koch, has been turned into a Zoom show during COVID-19. This episode features Academy Award® winners Brian Grazer and Ron Howard.

Although social distancing was recommended almost immediately from the start of the pandemic, it tends to have a particularly negative effect on the elderly, something that MPTF realized early on. “My own little pet peeve is calling it ‘social distancing’ — it’s terrible for society overall, but absolutely for a senior population. It’s physical distancing, and we need to figure out how to keep people socially connected.”

Learning to make TV in an interactive way to combat isolation

According to Kerstin Emerson, a gerontologist at the University of Georgia, social distancing exacerbates social isolation, which, for seniors, can lead to depression, additional health problems, disability, and, in the worst cases, even death. Because of these severe implications of social distancing, the team at MPTF knew they had to take drastic action to not only continue its TV station, but to double down on programming in an interactive way.

“We took over the movie theater that exists on the campus and made it into a sound stage. We are using a live switcher, and we’re broadcasting seven hours a day, three days a week, using Zoom right now so people watching from their rooms can participate with the live content they’re watching. We have interview shows and game shows. We do a 10 o’clock workout class. There’s a happy hour at the end of the day with a live musician taking people’s requests,” Jennifer said. “We also feature an interactive update and Q&A session with our CEO and President, Bob Beitcher, without whose leadership none of this could be possible.”

“We shifted hard. Before, we were working more like a film studio where people would come in with ideas and we could develop it and bring in a number of different people to see production through. Here, we needed to make a lot of content fast and make it interactive, all while dealing with distancing measures, to keep everyone engaged and connected.”

To accommodate this major shift in how they produced shows, MPTF relied on the right tools to make it all come together.

How Adobe and EditShare empowered MPTF to pivot its TV production

The facility’s station — and now repurposed movie theater — is run by staff, volunteers, and outside freelancers. These folks don’t get any creative say in the productions put on (that’s for the residents) — however, they are vital to making the creative visions of the facility’s residents come alive, whether a TV show or an interview or game show.

Many of these volunteers who don’t live at the facility have had to learn new skills, such as video editing, to serve the residents’ creative needs. Tools like Adobe Premiere Pro — the industry-leading video-editing app — and EditShare— server management for video — have made it possible for them to easily learn the new skills. In the wake of the pandemic, volunteers often had to learn tools on the fly.

Examples abound of people working at the facility, who rose to the occasion and challenged themselves to learn and use Premiere Pro to fill the urgent need for programming. “I had to turn to this external freelancer. She’s a really good producer-writer with paper edits, but she also started to love Photoshop, Jennifer stated. “I was watching some of the things that she was playing around with and tinkering with using still photography.

“And I said to her, ‘Jump into Premiere — you are going to love it. You know Adobe tools already. Just accept the challenge and do it.’ And it has transformed her storytelling and has made her emboldened and empowered. And she’s like, ‘give me more, give me more content to create — I can do it.’”

In other situations, retired industry members wanted a new challenge and specifically approached MPTF to learn how to edit.

“There was this woman who was in the art department on Criminal Minds for a very long time. She retired last year, and she came to me and said, ‘I want to learn how to edit.’ That was last summer. So we slowly got into Premiere and she’s like, ‘Oh yeah, I’ve done some stuff in After Effects.’ She got more and more comfortable,” said Jennifer.

“And, when quarantine hit, she was editing shows in Premiere and After Effects on EditShare. For someone just getting started from a different part of that, it was really inspiring to see her just get a book and get tutorial videos,” Jennifer said.

According to Paige Thompson, MPTF post-production Manager, this happens quite a bit.

“We have residents like that, too, who would move on to the campus and come in and they’d say, ‘I worked with CBS’ or ‘I want to learn how to edit on a PC.’ It’s just super exciting to get them inspired to participate in a different world of post-production,” she said.

One of the more innovative ways the facility uses Adobe products is during the Instant Film Festival. For one day a year, MPTF invites high school and college students to join volunteers, residents, and recently retired industry members at their campus, so they can work together in a unique intergenerational competition. The best part is that social connections are made and deeply felt among young and old. At nine o’clock sharp, participants split up into teams and receive a single line of dialogue. It’s the task of each team to conceive a project, write it up, cast it, and shoot it — all in just two hours.

The teams return to the station to use one of seven editing stations, where they have another two hours to use Premiere Pro to edit their just-completed short films. Once two o’clock rolls around, each team has to turn over their thumb drive. From there, the staff lines each short film into a Premiere Pro timeline, brings it to the movie theater, and digitally projects it to the audience of judges, who pick the winner that same day. The only condition is that the exact line of dialogue that promoted the short film has to be in the final production.

“Every team gets a prize. There’s the Best of the Best. There’s Had the Most Fun. Then a variety of prizes in between. It’s a great day, where we have people from the age nine to 109, who collaborate, who sometimes make really great, interesting projects, and have a great time together. For many of the young people, it has shifted how they interact with a senior. And it has given seniors an opportunity to feel more deeply connected with the entertainment industry,” Jennifer said.

With such great success, plans are in place to keep this event going in 2021 despite the pandemic, by transforming it into a virtual event using video to connect teams.

MPTF does good work for its retired industry members, living up to the early cinema pioneers’ vision of community support. When COVID-19 and quarantine struck, new issues that no one could foresee suddenly popped up.

The facility’s staff moved quickly to alleviate social isolation among its residents, and tools like Premiere Pro and EditShare were there every step of the way to make that happen.

“I knew that we needed to find a way to keep the seniors on our retirement campus and in our community safe from COVID-19, but also socially connected. That was the catalyst for creating the Live Interactive Variety show ‘Creative Chaos.’ I could never have imagined how successful it would be, to not only keep people informed but creatively engaged and with a renewed sense of purpose,” Jennifer said.

These broadcasts not only keep residents deeply engaged, but also donors and volunteers are connecting in very dynamic ways with MPTF because of it. “We have interviews and poetry readings that are international! Stars of streaming content are coming on the air to meet the residents and talk about their projects. Donors and volunteers and residents of all ages are playing games together and learning from one another thanks to our program,” Jennifer said.

MPTF’s efforts are proof positive that Creativity is Ageless. It is also a powerful — and enjoyable — way to counter loneliness and isolation in aging communities. To learn more about The Motion Picture & Television Fund and what you can do to support MPTF programs during COVID-19, watch this Creative Chaos clip featuring Jeffrey Katzenberg. 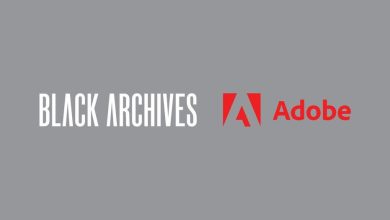 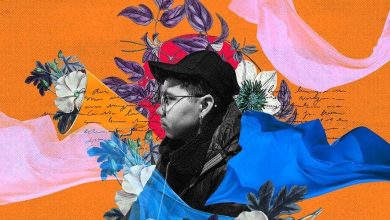 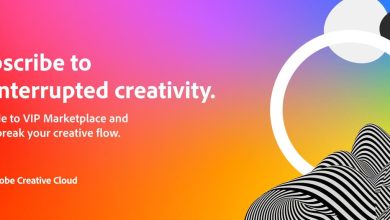 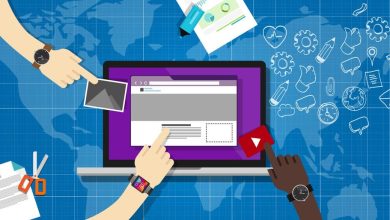 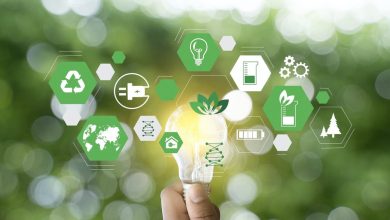 5 ways Adobe addressed the climate crisis amid a pandemic 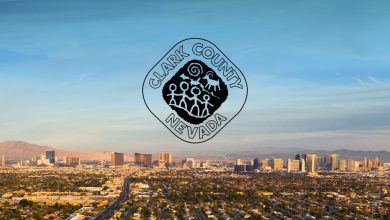 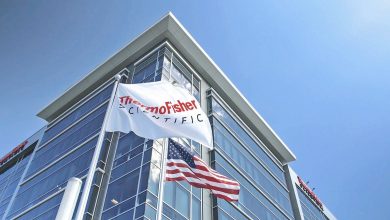 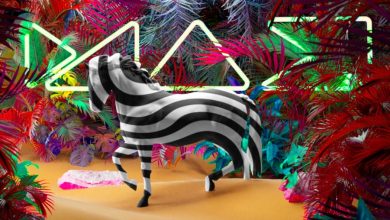